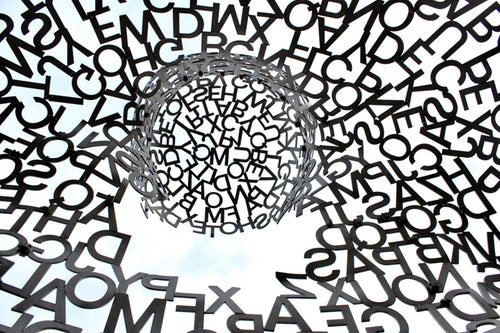 How Can I Possibly Learn a Foreign Language?

Many people can assume that learning a foreign language is a feat reserved for people with an innate ability or very high intelligence. Well, yes, some people are naturally gifted when it comes to mastering foreign tongues, but the human brain is naturally wired to communicate with anyone (it’s a basic survival strategy); it just takes a lot more repetition and focus for many of us to discover this. Here are some of the best reasons why you’ll be able to learn a new language.

Language is not a single skill. A linguistics professor of mine once said that language involves so many modalities, it’s a wonder we don’t fall over when we speak. When you start breaking language down, there really are a staggering amount of sub-skills and subconscious processes involved.

Another major misconception involves the word “fluency”. Language teachers often avoid this word, since it is so ambiguous. Many people assume the word to mean “native level proficiency”. A more accurate use would be “able to speak continuously”, however. The latter is certainly not an unattainable goal.

Thirdly, it is also often thought that learning any language is a task of even difficulty. This is definitely not the case. The US state department created a ranking system for the difficulty of languages, but naturally they did this from an anglophone perspective. If you are Malaysian, English is not your go-to language, it would be one of the south-east Asian languages. Likewise for anglophones, Romance languages tend to be much easier than others.

How to Choose Your Foreign Language

So, given this range of difficulties, when you choose a new language be careful which one you go for! As an anglophone, learning Chinese Mandarin is going to mean learning a new alphabet, syntax, and indeed a completely new conceptual approach to language (it doesn’t share our Subject-Verb-Object structure). Spanish, on the other hand, shares the English language’s Latin roots. Words that end in “ion” in English are often written in a very similar way – take the Spanish word estación, or “station” in English, for example. Clearly, if you only have a few hours a week to commit to language learning, Mandarin may not get you the most bang for your buck!

What Does This Mean For You?

Since language is not just one skill, different people excel at different sub-skills. Some people read fantastically but are shy oral communicators. Others exude enthusiasm but lack grammatical accuracy. Don’t forget that all these sub-skills allow you to connect with the language, so it is not just speaking perfectly that makes it worthwhile. Passive skills (reading and listening) also allow you to connect to the national or regional spirit of a people.

And then there’s fluency. You don’t need a native level of proficiency, or anywhere near it. In fact, if you include a perfect accent, that is a feat out of reach for most people after childhood. Keeping your goals realistic and useful is fundamental. Having a chat in a cafe is one level of proficiency, discussing Hegelian dialectics at university is another… If you don’t live in the country, cafe-chat proficiency could be enough.

You shouldn’t abandon hope of being able to speak a foreign language before you’ve tried. If you want to, it’s likely you will find one that’s for you.

Is ‘Lab-Grown’ the Future of Meat?
Maximising Your Learning Potential