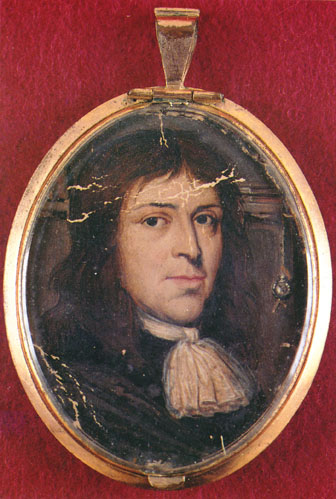 Mysteries Of History: The Truth About Tituba, Catalyst Of Salem

Perhaps the most infamous witch hunt in history is that which consumed the American town of Salem, Massachusetts between February 1692 and May 1693. An all-consuming spate of mass-hysteria, it was sparked by the accusation of a single enslaved woman, named Tituba.

Though little is known about her ethnic origins, it is thought that Tituba was likely an indigenous Arawak woman of the Caribbean. She was brought to New England in her teens by Salem’s Puritan minister, Reverend Samuel Parris, who acquired her during a business trip to Barbados. Tituba worked primarily in Parris’ home where she was in charge of caring for the reverend’s daughter and niece, the first of Salem’s young women to exhibit symptoms of seemingly demonic possession.

Tituba’s proximity to the Parris girls and her status as an enslaved woman of colour made her the obvious scapegoat in the reverend’s eyes, those of the townspeople and later, the imaginations of historians and writers. Her confession, which quickly became central to Salem’s ensuing witch hunt, was originally beaten out of her by her slave master when he found out she’d prepared a ‘witch cake’ (made of rye and urine) to cure the girls of their nonsensical babbling, barking and crying. As the first Salem resident accused of witchcraft, she was held in prison, where she remained until her confessional hearing in Salem on March 1st, 1692.

Hers was a most captivating confession, reported as the only one through which Salem’s ‘bewitched’ youth were silent. She owned up to having pinched and hurt the children but placed responsibility for her wrongdoings in the hands of the devil, who she described as a tall white-haired man in black clothes. She spoke of having signed a ‘devil’s book’, of travelling by broomstick with her accomplices, Sarah Good and Sarah Osburn and of animal familiars and shapeshifting. Her confession filled in – with sensational detail – the blanks in the supernatural explanations that Salem’s hyper-religious community had already begun forming in their minds.

While Tituba returned to her Boston prison cell awaiting an official trial for ‘covenants with the devil’, others called to confess were lifting aspects of her testimony to bolster their own, and the mounting gossip of translucent cats and enchanted rats had sent the town down a spiral of suspicion. The two co-conspiritors Tituba had named were executed, alongside 17 other men and women whose apparent involvement had since been exposed. In the months following Tituba’s confession up to 500 Salemites were also to be accused of demonic dealings.

Tituba later retracted her confession, telling a magistrate she had been beaten and threatened into it, which is likely the truth given the existing power dynamics between the enslaved and their owners. By this time, the trials in Salem had wound down and the Massachusetts governor had ordered an end to the arrests. She was released from prison after an unknown person paid her bond and Salem never heard from her again.

As a mysterious and key figure in such a phenomenal historical event, Tituba has been recast and her story of forced embellishment further embellished many times over. The Crucible, Arthur Miller’s Iconic retelling of the trials, portrays her as a Black woman and attributes her with aspects of ancient African spiritual divination such as animal sacrifice and ritual dancing. 19th century historian George Bancroft and poet William Carlos Williams both thought it more appropriate to frame her as the antagonist, rather than the litigious Salem authorities.

Tituba was obviously not an agent of the devil. And with regard to the teenage girls she was originally forced to accuse, we may never really know what came over them in Salem that fateful year; logical theories such as widespread ergot poisoning have been debunked. It is wholly unlikely, however, that ‘magic’ orchestrated by an enslaved woman, and two marginalised spinsters (Sarah Good and Sarah Osbourne) was ever at play.