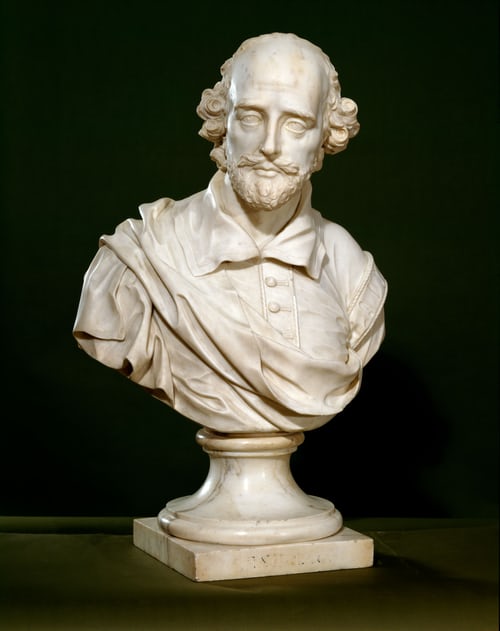 Whatever stage you are at with your studies in English Literature, you will be aware of the importance of Shakespeare. At Key Stage Three, you might have studied, or will study in the future, extracts from A Midsummer Night’s Dream; at GCSE, perhaps it’s Macbeth, or Romeo and Juliet. When you get to A-Level, it could be Hamlet, or King Lear. So – you can probably already see that Shakespeare is important when it comes to texts you study in English.

Shakespeare died way back in 1616 – on the 23 April, which is also the day he was born. So why, nearly 400 years later, is his work still so important? Well, Shakespeare’s plays deal with so many issues that are still essential in our modern day lives. Note how I write ‘deal’ – in the present tense. Yes, his plays are as relevant today as they were a few hundred years ago. Think about key themes: relationships, love, conflict, bullying – to name but a few. We have such issues in our modern lives today, and when studying Shakespeare, we see a lot of them popping up quite frequently.

There are so many phrases we use today that come from Shakespeare’s time. You’ve probably heard this one – ‘wild-goose chase’? This comes from the tragic love story, Romeo and Juliet. Some people say ‘oh, that’s seen better days’, meaning something was once more positive. Well, ‘seen better days’ was used in As You Like It. The phrase ‘fair play’ was used in The Tempest – and ‘You’ve got to be cruel to be kind’ in Hamlet. I think you get the message – there are countless phrases we use as part of our everyday English language today that are not modern; they have been around for hundreds of years!

Shakespeare Is Ever Present

But it’s not just Shakespeare’s language that keeps him relevant. If you look at any large theatre’s programme, there is often a Shakespeare play being performed. Theatre companies often produce outdoor performances, particularly in the summer months, which entertain people all over the world. And that’s not to mention Shakespeare-specific theatres, such as Stratford-Upon-Avon’s Royal Shakespeare Company and London’s Globe Theatre.

Shakespeare can teach us a lot about ourselves, about others, and about the world that we live in. If you are fortunate enough to study one of the Bard’s great plays, enjoy it – and think about what it can teach you about your life.