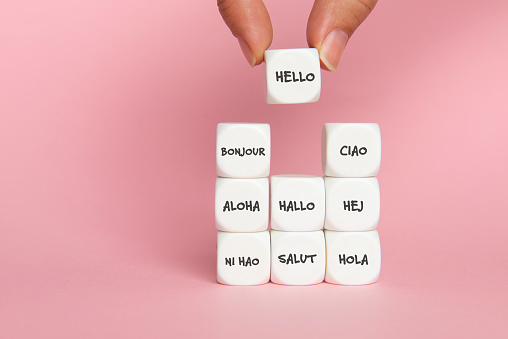 Which Language Should You Learn?

As well as being a great skill to have which can improve your job prospects and enhance your experience as a world traveller, learning another language has numerous benefits for our cognitive development. But which language is the best to learn? Let’s take a look at three of the most common European languages taught in UK schools and consider some of the benefits of learning each.

1. French is the only language, apart from English which is spoken in all five continents and is the 7th most widely spoken language in the world with around 270 million speakers*. It is an official language in 29 countries including Belgium, Switzerland, Canada and many Central and Western African countries.
2. France has the 7th biggest economy in the world**, meaning that lots of international businesses have dealings in the country. Knowing French could have huge benefits for anybody wishing to work for a company with economic interests in France.
3. French is a working language and an official language at a number of high-profile international organisations including the United Nations, the European Union, UNESCO and NATO. Proficiency in French is essential for anybody considering a career within any such organisation.
4. More than half of modern English vocabulary is derived from French, meaning that French may not prove to be as difficult to learn as you might expect. As a Romance language it also provides a good basis for learning other languages such as Spanish, Italian and Romanian.
5. French remains the most studied language in UK schools and so it is likely that you will have done at least a little bit of French at school, so you won’t be starting completely from scratch if you choose to learn French.

1. After Mandarin and Hindi, Spanish has the largest population of native speakers with a figure of around 460 million, and there are 530 million Spanish speakers worldwide*.
2. Spanish is an official language in 21 countries including Mexico, most Central American countries, and a number of countries in South America. Spanish is also widely spoken in the United States with around 16% of the population speaking the language. Knowing Spanish is, therefore, a valuable skill when working or travelling in the Americas.
3. There are around 20,000 English-Spanish cognates. Cognates are words that have derived from the same source and so have the same or similar spelling, meaning and pronunciation in both languages. Spanish has more English cognates than most commonly learnt languages, making it super easy to quickly learn lots of Spanish vocabulary.
4. Spanish pronunciation is pretty straightforward as most words are pronounced the way they’re spelled. This makes speaking Spanish a slightly less daunting task than other languages.
5. Spanish is an exciting language to learn. Across the world there are numerous variations and dialects which at first may seem daunting, but can provide an interesting insight into the culture and history of different Spanish-speaking countries.

1. With nearly 80 million native speakers, German is the most native-spoken language in Europe. It is also the second most spoken language in Europe after English with 36% of Europeans being able to speak German.
2. German is an official language in many European countries such as Belgium, Austria and Switzerland. German is also widely spoken in a number of other European countries such as Romania and Russia. So, if you’re planning to work or travel in Europe, German is possibly the top choice of language to learn.
3. German is, as you may guess, considered a Germanic language, putting it in the same language family as English. There are many more similarities between German and English than you might initially think and learning German should be easier for English speakers than other European languages. Other Germanic languages include Swedish, Norwegian, Dutch and Afrikaans.
4. Historically, German speakers have contributed a lot to science and culture and some of the world’s most renowned philosophers, artists and scientists have hailed from German-speaking countries. Examples include Sigmund Freud, Einstein, Nietzsche, Goethe and Mozart. If you have a particular interest in European art, culture and science, learning German could open up some interesting literary and research avenues.
5. Germany is the world’s 4th largest economy** with many of the world’s leading corporations, such as BMW, Audi and Volkswagen calling Germany their home. Due to its diverse, multicultural and creative population, Berlin is often dubbed “the Silicon Valley of Europe” and so business and job opportunities for inspiring young entrepreneurs are potentially rife in Germany. On top of that, German speakers stand to earn significantly more money compared to speakers of other European languages, with a salary bonus of around €125,000 according to a study by The Economist.

What Is The 80/20 Rule?
What Could Be The Best Subjects To Study At A Level?