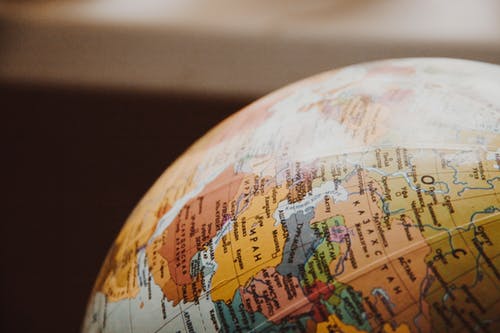 Why Learn a Second Language – and Which to Choose?

During the Covid-19 lockdown we are being inundated with ideas of ways to pass the time, as though suddenly most of our daily tasks have disappeared! However, for some, it might be a time to reflect on what they want to focus on, and for some children and young people there will be decisions about school options to make. One big decision is, “do I choose to learn a second language”.

There are many reasons to learn a second language. For all of us, it improves many important cognitive skills, including memory and judgement. It’s not just the process of learning something new that is beneficial, although this is really important. New brain neurons mean benefits in all other cognitive areas as well, improving focus and productivity, all hugely valuable for everyone, but especially young people working towards other subjects and exams.

One of the really beautiful things about foreign languages is that they have different ways of saying things which we could never have thought of in our native tongue. Some phrases, for instance the French, “je ne sais quoi” translate literally (in English this means, “I don’t know what”), but have a much broader meaning and use. There’s a certain element of delight, of beauty, of richness of experience that is implied when the phrase is used to attempt to describe something. “This meal has a certain I don’t know what” just doesn’t have the same depth of meaning!

It is commonly said that the earlier you learn a language the easier it will be, and while this is undoubtedly true for most people, it does not mean that older people can’t very successfully learn languages – they can! In fact, many people come to learn another language later in life, perhaps as they decide to move or retire abroad. There is also some evidence that learning a second language can help to reduce the chance of a person developing dementia, perhaps due to the fact that keeping our brains active is really important for neural health.

There is always call for good translators (most often from the second language to the native language, but a few very skilled people can translate both ways); the tourist industry needs people with excellent language skills, and if you fancy a job in MI6 at least one foreign language will be crucial! There really are myriad roles where having at least two languages are imperative, and not necessarily the most commonly spoken ones.

One lovely reason to learn a foreign language is that it opens up the opportunities for romance. Sometimes couples get together where the only common language is their second one, so you are also opening up the possibility of finding someone perfect who actually speaks a third language! When choosing which language or languages to learn, many native English speakers consider Spanish, German, French or maybe Mandarin, which is spoken by around 1 in every 6 people on the planet! These are all very useful languages and they are the ones which will be most likely to be useful when travelling to many parts of the world. However, don’t overlook other options. If you speak a language which is spoken by fewer people, there may be more opportunities in the job market.

Whichever language you choose to learn, find a way to do it that you enjoy, so that you can stick with it. Make the effort to learn the structure of the language, such as how the verbs work, as this can quickly increase your vocabulary, but also remember that the point of learning a second language is to communicate, not necessarily to speak it perfectly. You may well achieve that in due course, but even when you’re not totally sure about whether what you are saying is correct, just go ahead and try it and enjoy the fact that you are learning such an amazing new skill.