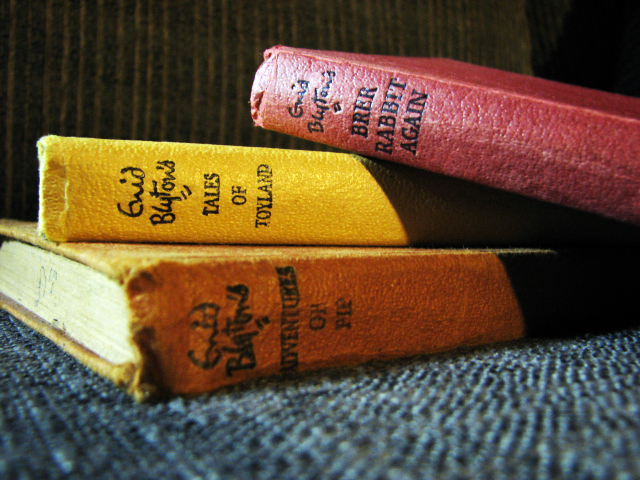 The Enduring Appeal of Enid Blyton

Born on 11th August, 1887 in London, Enid Blyton wrote close to 800 stories. She had sold 600 million copies worldwide by the time of her death in 1968. In fact, she continues to sell in large numbers to this day. As recently as 2008, a staggering 40 years after her death, she was voted Britain’s best-loved author, beating Roald Dahl and J.K. Rowling.

Ask anyone over forty what their favourite Blyton book is and it’s unlikely they’ll hesitate before giving an answer. They may then go on to tell you how much their children like the same one. Yet despite their popularity, Enid Blyton’s stories have been criticised as politically incorrect and dated. That may be true, but if so, how have they still stood the test of time?

Emma-Lee Potter of the Spectator Life magazine suggests that their success endures because, “Children love the fact that Julian, Dick, Anne and George (plus Timmy the dog) are allowed to roam the countryside by themselves, taking ‘dips’ in the sea, sniffing out adventures and solving mysteries without a grown-up in sight. Adults hark back to their childhoods, nostalgic for simpler days when anything could be fixed by a picnic of hard-boiled eggs.”

Tony Summerfield of the Enid Blyton society agrees, “I know an awful lot of people who say when times were bad, they went away with an Enid Blyton story. The characters had adventures, and they did things that children can’t do nowadays. That’s part of the appeal to adults today…. I think it’s a nostalgia thing. So many people learned to read with Enid Blyton. She wrote great, escapist stories in a simple and readable style.”

In 2017, Blyton’s titles were still selling at the rate of one per minute in the UK alone. It is a figure that remains unchanged today. Such is their enduring popularity amongst the forty-something population, it is no wonder that a series of spoof Famous Five stories for adults – based on Blyton’s distinctive style of writing – have been such massive hits. More than 372,000 copies of Five on Brexit Island, were sold between December 2016 and Feb 2017 alone. Other such titles have done almost as well.

Research by the book seller WH Smith has found that, although Blyton wrote hundreds of books, there are six series of firm favourites with which she is always associated. These are; the Malory Towers books featuring Darrell River, following her first day at a girl’s boarding school in Cornwall to the moment she leaves at the age of 12; The Secret Seven series, about a group of children (Peter, Janet, Jack, Barbara, George, Pam and Colin), who have adventures as child detectives; The Famous Five books, which tell of the school holiday adventures of five children, (Dick, Julian, Anne, Georgina– and their dog, Timmy), often involving dangerous criminals and lost treasures; The Faraway Tree, a series of four magical stories set around an enchanted forest; lastly, but the perhaps most well known of all, Noddy.

Enid wrote twenty-four Noddy tales between 1942 and 1963. The little wooden boy’s adventures in Toyland have seen many changes to adapt to “modern ideas and values” since. Even with the changes, though, his books are still widely read. They remain a favourite with library users under six. He has been transferred to the screen, too, in a television show similarly viewed around the world.

A World and Time Away

There’s no doubt that the world of Enid Blyton is miles away from the one we live in now. They exist in a world where only the women make the picnics and the boys have ‘men’s jobs’ to do. However, their very datedness is often what makes them popular. Blyton’s tales hark back to our childhood – a time in our lives before responsibility and decision making.

Enid Blyton’s stories, whether you liked her Castle Adventures, the wickedness of Amelia Jane, or the magic of The Wishing Chair, all had the capacity to hold us in a spell of escapism. They enchant children now, just as they did seventy years ago, because they were, quite simply, good stories.

For those why may want to know more about the Enid Blyton Society, here is a link to their website: https://www.enidblytonsociety.co.uk/cave-of-books.php

Advice on Running a Business
State or Academy Schools: Pros and Cons